Set in near-future Brooklyn, an overworked advertising executive (David) is developing a high-profile marketing campaign for a new generation of Augmented Reality glasses.

David envies the charmed life of his best friend – a fashion photographer – and he feels stuck in his relationship with his girlfriend.

And so, he does what you may expect – uses the glasses to conduct an Augmented Reality fantasy with his best friend’s girlfriend.

It may sound similar to Spike Jonze’s “Her”, but Creative Control instead plays as an existential satire that focuses on the inner psyche of a man descending into obsession, loneliness, and anxiety.

Creative Control is Benjamin Dickinson’s second feature film. He is the writer, director, and the film’s lead actor, and our guest today at the Refilmery Series in New York. 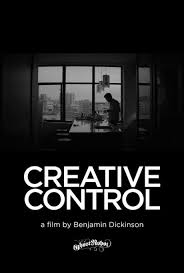 SYNOPSIS
In near future Brooklyn, an ad executive uses a new Augmented Reality technology to conduct an affair with his best friend’s girlfriend…sort of. 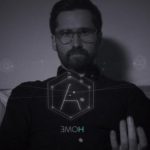 The germ of a film usually comes to me as a single image. Creative Control began with the image of a couple performing coitus more ferarum in a lofted bedroom. At the height of his pleasure, the man pauses to grab his phone and take a picture of the act. He is not just fucking, he’s watching himself fucking; he is both actor and audience. And of course, we the audience are watching him, watching himself…

This abstraction of desire is the central concern of my film. My characters occupy a clean, tasteful, post-gentrified Brooklyn; they play artists in the business of advertising, fashion, and technology, where desire is manufactured, packaged, and sold for big money. They experience their lives, and each other, from behind screens. Like in 60’s Antonioni, everything looks great but something’s missing.

I suppose David is a prisoner in this Google-utopia simply because he has old-fashioned problems. But there’s a cure: his anxiety can be numbed with fast-acting vaporized drugs and his repressed sexual fantasies can be exorcized in the safety of virtual reality; just so long as he doesn’t interrupt the holy dawn of the Brave New World with his messy human emotions, all will be well.

Did I mention that Creative Control is a comedy? 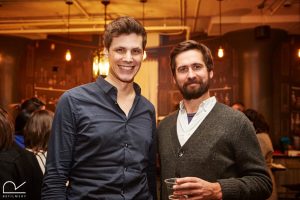 See what others are saying about Creative Control: