Episode 03 - Shawn Christensen, Director of Before I Disappear

Shawn Christensen won Best Live Action Short Film at the 2012 Oscars for his 19-minute DRAMA “Curfew” – about a suicidal man tasked with looking after his straight-laced nine-year old niece.

On the back of that win, Shawn, who is writer, director, and lead actor, developed the concept into the feature that is today’s incarnation: Before I Disappear.

So begins a madcap tour of Manhattan after dark, as uncle and niece find bonds in the unlikeliest of places.

Listen to Shawn at the Refilmery Series in New York reflect on the child-like curiosity that compels us to explore and create. 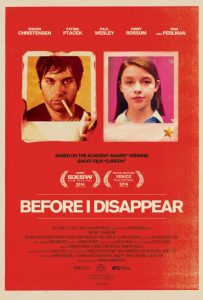 SYNOPSIS
The movie takes place over the course of one sweltering night in New York City. The journey begins with Richie (Shawn Christensen), a seemingly hopeless introvert, who has decided he has had enough with life. But as he is attempting to end it all, he gets a phone call from his estranged sister, Maggie (Emmy Rossum). Though they haven’t spoken in years, Maggie has found herself in a sticky situation and needs Richie to pick up her daughter from school.

Richie reluctantly cancels his dark plans and goes to pick up his precocious niece, Sophia (Fatima Ptacek), and escorts her home. But when Maggie doesn’t return as scheduled, Richie is forced to take care of Sophia for the night. As the night progresses, Richie finds himself caught in a battle between his two bosses Bill (Ron Perlman) and Gideon (Paul Wesley) and soon figures out that baby-sitting is the least of his problems. 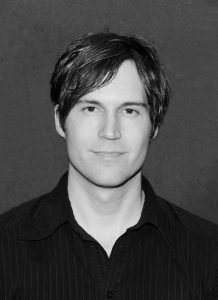 SHAWN CHRISTENSEN (Director, Producer, Writer, “Richie”) Christensen graduated from Pratt Institute with a BFA in Illustration and Graphic De- sign. He is an Oscar winning filmmaker, musician, and painter. In 2002, he formed the indie rock band Stellastarr*, releasing two albums on RCA and a third album independently. While on tour, he wrote and sold several screenplays, including Sidney Hall (Fox Searchlight) and Karma Coalition (Warner Bros.). In 2011, Christensen’s short film, Brink, was an Official Selection of the Tribeca Film Festival. Before I Disappear is based on his short film, Curfew which won the Oscar for Best Live Action Short Film at the 2013 Academy Awards.

See what others are saying about Before I Disappear: