Viva director Paddy Breathnach joins us from LA to speak about the highs and lows of being Ireland’s Official Submission in the Best Foreign Language Film category at the 88th Academy Awards.

Imagine you are an Irish film director on holiday in Cuba. You stop in at a night club and there decide to make a coming of age film about a Havanan drag queen.

As a foreigner, how would you find locations and cast? Not to mention language – because you have to translate your entire English script into Spanish.

That was the case for Breathnach with his film VIVA: the story of a Havanan youth who does hair for elderly women and makeup for a troupe of drag queens.

Hesus dreams of being a performer, but when he finally gets his chance to be on stage, a stranger emerges and punches him in the face.

That stranger is his father, Angel, a former boxer, who has been absent from his life for 15 years.

As father and son clash over their opposing expectations of each other, Viva becomes the love story of two men struggling to become a family again. 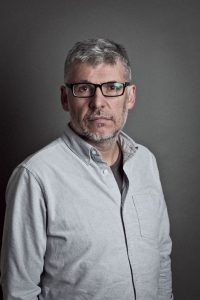 He produced SouthPaw, a feature documentary that was selected for Sundance in 1999 and got a US and UK theatrical release.

Breathnach then went on to direct Blow Dry (Miramax), which was released in 2001. His next film was Man About Dog, produced by Robert Walpole and Simon Channing Williams (The Constant Gardner). It was released in 2003 and became one of the most successful independently produced Irish films.

He has also directed a number of horror films including Shrooms (2006). In 2012 he completed the feature length documentary An Oiche a Gineadh m’Athair for TG4.

He is a board member of The Dublin International Film Festival and is vice chair of The Screen Director’s Guild of Ireland. He is also on the board of the Irish Film Institute. 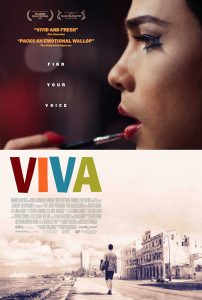 SYNOPSIS
VIVA stars Héctor Medina as Jesus, a young hairdresser working at a Havana nightclub that showcases drag performers, who dreams of being a performer himself. Encouraged by his mentor, Mama (Luis Alberto García), Jesus finally gets his chance to take the stage. But when his estranged father Angel (Jorge Perugorría) abruptly reenters his life, his world is quickly turned upside down. As father and son clash over their opposing expectations of each other, VIVA becomes a love story as the men struggle to understand one another and reconcile as a family.

VIVA was a hit at the 2015 Telluride Film Festival, and is Ireland’s entry for the Best Foreign Film Academy Award this year.

View event photos from the Refilmery Series on our Facebook Page.

See what others are saying about Viva: