Refilmery’s (VIP) Series returns on the first Wednesday of November with a collection of short films. We hope you can join us!

SYNOPSIS: A neon animation by Jack Feldstein narrated by R. Jim. Stahl about the tale of Jimmy who loses an eye but is able to see more than most. Drawings by Ellen Stedfeld. 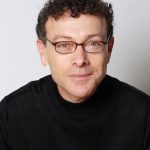 ABOUT THE DIRECTOR: Originally from Sydney, Australia and now living in NYC, Jack Feldstein is the pioneer of neon animation films. As well, Jack has won prizes for his scripts in theater and filmmaking. He has also worked in 3D filmmaking with fashion icon Norma Kamali for NY Fashion Week and develops his scripts at Workshop Theater Company in Manhattan. See here for further information.

SYNOPSIS: Former college roommates and best friends (JOSH and ALEX) plan a reunion trip hiking the Appalachian trail; problem is neither of them know anything about hiking. While Josh is determined to reach the summit of Bear Mountain, Alex is determined to be stoned the entire weekend. The challenges of the woods paired with their lack preparation cause problems right away, and hilarity ensues as they try to overcome sickness, fear of bears, and ticks on dicks. Eventually, an experienced through-hiker (DANI) joins their expedition and shows them how it’s done, but this further tests Josh and Alex’s relationship. Will they make it to Bear Mountain? Will they be stoned the entire weekend? Does Josh have Lyme disease? Find out, in ‘Trees on Trees on Trees’.

ABOUT THE DIRECTOR: Scott Schuler was born in Washington, DC and grew up in Potomac, Maryland. He became interested in film at the early age of thirteen and began seriously studying at a performing arts theater called Imagination Stage. While there, Scott developed a strong foundation and met his first film mentor, David Stern. From there, Scott moved to NYU’s prestigious Tisch School of the Arts where he continued honing his craft. In his four years, Scott directed five short films as well as edited twelve shorts and two features. He even went on to sweep Tisch’s 48-hour film festival in his senior year winning five awards including best picture and best director. Scott is now graduated working as an editor on features, shorts, webseries, and the occasional music video or commercial. Additionally, he’s developing more content (a short, a webseries, and two features) as well promoting ‘Trees on Trees on Trees’.

SYNOPSIS: Alistair Daniels spends every day in the most hideous costume, and every day Alistair is alone. As a character impersonator, Alistair wanders New York City’s most crowded plazas dressed as an obscure anime-esque creation from his mind’s eye hoping to solicit photographs for profit. But when his solicitations finally catch the eyes of two young women, Alistair gets in return treatment he never expected.

ABOUT THE DIRECTOR: Juliet O’Reilly is a recent graduate of New York University’s Tisch School of the Arts, where she studied film and television. Juliet resides in New York City and is of dual UK/USA nationality. Her films explore themes of multicultural alienation, social ostracism, paradoxes of urban disconnection, and social violence. She has worked for media organizations as diverse as MTV Networks and BBC Worldwide where she has further honed her craft.

ABOUT THE DIRECTOR: Simon J. Heath is a documentary film maker and writer who has made globally broadcast films for National Geographic, Discovery Channel and History Channel.