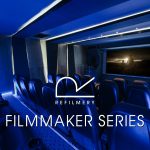 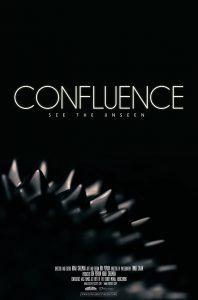 Synopsis: There is always movement, even in stillness. Things around us are constantly changing in tiny ways that we don’t notice, eventually building up to growth and death. In “Confluence,” a new film by director Noah Shulman, viewers look beyond what the human eye is capable of seeing to experience those moments in between the transformations that we perceive. Created with specialty macro lenses and microscopes and shot in 4K resolution, the film reveals hauntingly beautiful movement at the microscopic level and reminds viewers that everything around them is in flux, even when the surface is calm. The film is part of Mental Fabrications, an installation by architect Ion Popian that aims to map the mind’s mental landscape through electroencephalogram (EEG) and 3D printing. 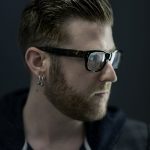 Born and raised in New York City, Noah Shulman was raised in a family of creative talent, inside the music industry during the energetic 80s and 90s rock scene. He graduated from The School of the Art Institute of Chicago with a BFA in Film, Video and New Media. Shulman established his own company at graduation, Sleepless City Productions. His company has had much success working with commercial clients as diverse as Nike, Ford, National Geographic, Vox Media and Tommy Hilfiger. Shulman’s musical roots give him a sense of unique rhythm in story telling. Known for his ability to transform content into edgy, beautiful and graphic stories, Noah has also ventured into creative projects using a diverse array of media including microscopic photography as well as stereoscopic 3D.

Out of the Darkness 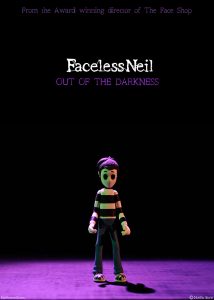 Synopsis: Neil, 11, wakes up alone in a strange and dark room FACELESS. He doesn’t remember what happened to him. He desperately tries to find a way out of the room but without any success. He’s trapped! But Neil realizes he’s not alone in the room. Someone, or something is lurking. Will Neil find a way out of the darkness? Find out in this short stop motion animated film. Faceless Neil is a feature animated project that has been created and developed by Noella Borie for the past 5 years. Using traditional 2d animation first, she then switched to traditional stop motion animation which was always the aim for the Faceless Neil feature project. 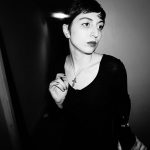 About The Director: Noella B David came to New York City to complete her bachelor in fine art at PARSONS in 2006 and has been living in the Big Apple ever since. She was Lead animator on the independent film “Everyday Sunshine”; a documentary about the rock band Fishbone and more recently “Riot on the Dance Floor”. She participated to the award winning short film of Max Porter and Ru Kuwahata entitled “Something Left, Something Taken”. Hardly out of college, her first short film “Faceless Neil in The Face Shop” won awards of excellence for best animation. Her short was screened in many renowned festivals such as Big Apple Film Festival in New York and International Film Festival in Vancouver and The Short Corner of the famous Festival the Cannes edition. Her project “Faceless Neil” was labeled as most marketable project at Film Com, Nashville in 2011. She worked with the award winning director Signe Baumane on her feature film “Rocks in my Pockets”. Her latest short film “Out of the Darkness” won several awards for best animation including the La Femme Film Festival in 2014, Best Short Film award was selected in Barbara International Film Festival among others in 2015. Noella is currently a Freelancer and Director specialized in traditional animation for Click3X in NYC. She is also working on her own project in the aim to make an animated stop motion feature film. 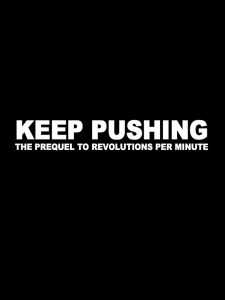 Synopsis: Keep Pushing is an origins story for fictional Bronx rapper Billy da Kid, whose story concludes in the forthcoming feature film Revolutions Per Minute. In this short film prequel, Billy (Jadon Woodard) is torn between pursuing his dream of becoming a recording artist or enlisting in the army on the eve of the First Gulf War. Also stars Harry Lennix (‘Man of Steel’), Brandon Young (‘The Wire’) and Ty Hickson (‘Gimme The Loot’). 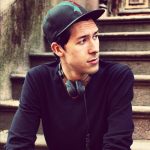 About The Director: Timour Gregory is a New York City-based writer-director. He has directed one feature film and several short films, including 2007’s award-winning The Strange Case of Salman abd al Haqq, one of the first films to deal with the issue of CIA-sponsored torture during the War on Terror. He has also directed music videos for the likes of iconic rapper Pharoahe Monch and award-winning documentaries for UNICEF. Revolutions Per Minute will be his second feature film.