Passions re-ignite and secrets revealed when a graphic designer reconnects with the great, lost love of his life for a weekend tryst at a house in the desert near Joshua Tree. 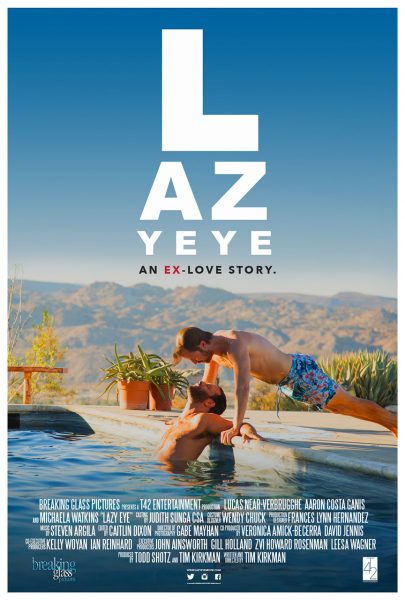 Dean, a graphic designer in Los Angeles, can’t seem to find his focus. A stylish, fit, urban gay man, Dean learns a recent change in his vision requires a significant change in his eyeglass prescription. When Alex, an ex-lover he has not seen in fifteen years, emails Dean one night, a buried dissatisfaction with his life begins to rise to the surface. Haunted by their distant summer fling in New York City, Dean hesitantly invites Alex to spend a weekend at a rustic house in the desert near Joshua Tree. As soon as Alex arrives, the heat and passion is rekindled in what at first seems like the inevitable conclusion to the most romantic of stories. But it is only the beginning of a weekend in which both men will reveal secrets and lies and grapple with the respective decisions that have led them to this point in their lives. Set against the backdrop of the stark, beautiful desert landscape, Lazy Eye explores what happens when the one who “got away” comes back. 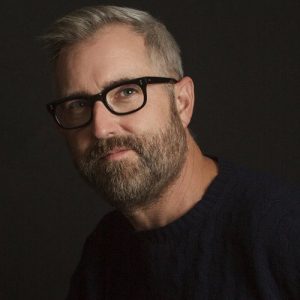 Tim Kirkman wrote and directed LAZYE EYE, his fifth feature, which he also produced with Todd Shotz. Tim received Emmy, GLAAD, Gotham and Spirit Award nominations for his first film, DEAR JESSE, which won the Audience Award at Frameline and was named Best Documentary of the Year by the Boston Society of Film Critics.

He wrote and directed LOGGERHEADS, which premiered at the Sundance Film Festival, won the Grand Jury Prize at Outfest and numerous other awards. He also directed THE NIGHT LARRY KRAMER KISSED ME and 2ND SERVE. A North Carolina native, Tim lives in Los Angeles.

Join us for a live interview with Tim after the film screening.