Beyond Glory - Test Screening - Thu 21 May In a startling synthesis of cinema and theatre, filmmaker Larry Brand joins acclaimed actor Stephen Lang on a journey through the desperate conflicts of WWII, Korea, and Vietnam. Changing character with quicksilver virtuosity, Lang reaches deep into reservoirs of emotion and pain, fortitude and courage, humility and joy, embodying the personae of eight warriors, each a Medal of Honor recipient with a remarkable story to tell. With equal skill, director Brand employs a wide cinematic arsenal to frame, enhance, and illuminate these stories. The result is a unique melding of two art forms, theatre and cinema, based on journalist Larry Smith’s best selling war chronicle, Beyond Glory.

Larry Brand’s first job in the film industry was as driver and production assistant to Orson Welles. Following his first feature film, the psychological thriller Backfire, he wrote, directed, and co-starred in The Drifter, Masque of the Red Death, and Overexposed for Roger Corman. His films have ranged from award- winning independents Paranoia and Christina to studio productions Hard Luck and Halloween: Resurrection. A Perfect Man, starring Liev Schreiber and Jeanne Tripplehorn, was released December 2013. The Girl on the Train, starring Henry Ian Cusick, Nicki Aycox, and Stephen Lang was in theaters July, 2014. The Coexist Comedy Tour is currently available on Starz. 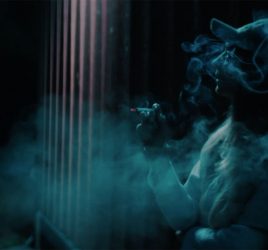 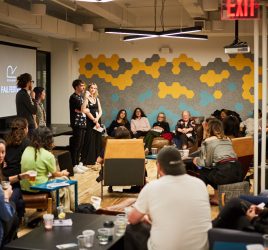 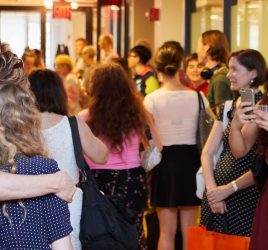 Do you take submissions?
We are always on the hunt for compelling features, documentaries and shorts, so if you would like to submit your film for screening, or know someone who would, please submit your film here: Refilmery.com/submit
Do I have to bring my printed ticket to the event?
No, your printed ticket is not required. Just bring your ID and give your name at the door!
You are sold out - can I still come?
If we are sold out, add your name to the waitlist, and we will do our best to fit you in as seating comes available.
Is it assigned seating?
No - we offer tickets on a first-come-first-served basis. If you cannot make it, please cancel your ticket so we can open up our waitlist to others who want to join.
What are my transport options getting to the event?
Address is 79 Madison St, 3rd Floor (entrance is via 27 East 28th St between Madison and Park). Closest subway station is 28th St Station on the 6 train, or 28th St Station on the NQRW.