I Believe In Unicorns 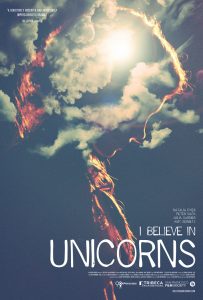 I Believe In Unicorns

SYNOPSIS: I BELIEVE IN UNICORNS takes us on a road trip through the stunning and complex landscape of troubled young love. Davina is an imaginative and strong-willed teenage girl who often escapes into a beautifully twisted fantasy life. Having grown up quickly as the sole caretaker of her disabled mother, she looks for salvation in a new relationship with an older boy. Davina is swept into a whirlwind of romance and adventure, but the enchantment of her new relationship quickly fades when Sterling’s volatile side begins to emerge. 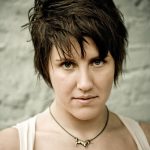 Leah Meyerhoff, Writer/Director of I BELIEVE IN UNICORNS

Leah Meyerhoff’s debut feature film I BELIEVE IN UNICORNS is being released theatrically by Gravitas Ventures in the spring of 2015. It premiered in competition at SXSW 2014, won the Grand Jury Prize at the Atlanta Film Festival, Best Score at the Nashville Film Festival, Honorable Mention at the Woodstock Film Festival, and additional awards from IFP, SFFS, TFI and the Adrienne Shelly Foundation. Meyerhoff’s previous short films have screened in over 200 film festivals, won a dozen awards, and aired on IFC, PBS, LOGO and MTV. She is a fellow of the IFP Emerging Narrative Labs, IFP Narrative Finishing Labs, Tribeca All Access Labs, and the Emerging Visions program at the New York Film Festival. Meyerhoff is also the founder of Film Fatales, a female filmmaker collective based in New York with ten local chapters around the world. She holds a BA in Art-Semiotics from Brown University and an MFA in Directing from NYU’s Tisch School of the Arts.

View past event photos at Facebook.com/Refilmery