Welcome to the Refilmery Series – an intimate screening of original works for industry hosted by Refilmery, Inc.

Each month we celebrate the work of filmmakers in our exclusive 24-seat theatre, including a Q&A and some time for free beer, popcorn, and mingling. 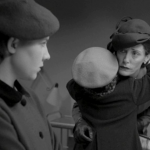 SYNOPSIS: A stark confrontation with death forces Dorothy to question her mother’s stoic manner and discover a simple beauty in her sister’s childish ways. 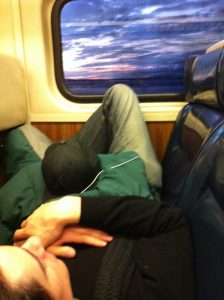 ABOUT THE DIRECTOR: Alex graduated from Australia’s prestigious film school AFTRS, where he received the Myer Scholarship for Exceptional Talent. His short films have received worldwide acclaim, screening at Cannes and Berlin as well as receiving various nominations and awards. Based on his work   he was selected as director attachment by Bruce Beresford (Driving Miss Daisy, Tender Mercies) for his Emmy nominated production of Bonnie & Clyde. Alex loves working with actors to create sensitive performances and playing the frame game in the edit suite.

SYNOPSIS: Tom has never been kissed. When his best friend tell him to practice with his girlfriend, Tom’s desire suddenly awakes and he has eyes for no one else.

DOCTOR KONG: CUTTING UP THE COMPETITION 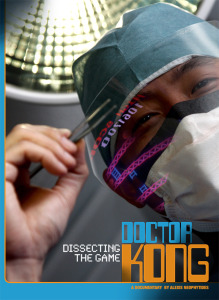 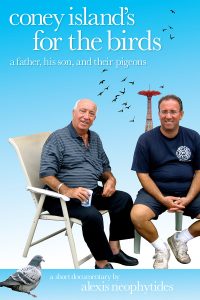 CONEY ISLAND’S FOR THE BIRDS

SYNOPSIS: Intrigue and excitement, steroid testing and cutthroat competition… No, it isn’t the Kentucky Derby — it’s pigeon racing! The sport rages on deep in the heart of Brooklyn. Coney Island’s for the Birds follows Anthony and Larry Martire, a father and son pigeon racing team, through the ups and downs of the racing season. They take us on a journey through the pre-race selection and training of pigeons, to the drive and release (up to 500 hundred miles away) of the birds, and finally, to the tense wait for their return to see who will take home the big prize. Throughout all of the excitement, we get a glimpse into their special father/son relationship, bonded by years of a shared pastime and love for their amazing rooftop creatures.

ABOUT THE DIRECTOR: Alexis Neophytides is an Emmy nominated documentary filmmaker with degrees from Brown University and the New School. Her documentaries Doctor Kong and Coney Island’s for the Birds have appeared in numerous film festivals around the world and are currently broadcast on the Documentary Channel. She is co-creator and director of Neighborhood Slice, a documentary series on NYC TV that tells the stories of New Yorkers who’ve held onto their little corner of the city in spite of fast-growing gentrification. Alexis also teaches filmmaking at the TEAK fellowship, a program for low-income, middle-school children in NYC.