When Franny woke up this morning it was another day of possibilities to have all her dreams come true. Her optimism can't be silenced even when Rick takes her hostage while robbing a bank.

When Franny woke up this morning it was another day of possibilities to have all her dreams come true. Her optimism can’t be silenced even when Rick takes her hostage while robbing a bank.

Franny’s optimism can’t be silenced…even when she is taken hostage during a bank robbery.  While waiting in line at the bank, in walks the most gorgeous guy she’s ever seen – from the top of his cowboy hat to the steel tip of his cowboy boots. Their eyes meet and she’s sure he is the One. The fact that her dream man is holding up the bank and taking her hostage does not faze her.   Eager to get out of her small town and up for the adventure, if she survives the journey, Franny might find a future even she couldn’t have imagined. 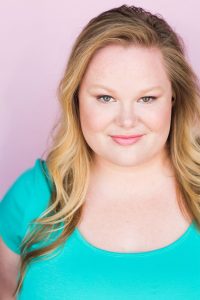 Jen Ponton is an actress and filmmaker based in New York. Best known for her work on the small screen (30 Rock, Unbreakable Kimmy Schmidt, Orange is the New Black, Deadbeat, Blue Bloods, The Blacklist, and more), Jen’s work has also appeared at Sundance, SXSW and Tribeca. She can next be seen on NBC in The Blacklist opposite James Spader, as well as opposite Liev Schreiber in The Bleeder and opposite Michael Caine in Going in Style. Jen is co-creator and showrunner of the puppet-based family web series, The Weirdos Next Door.

Join us for a live interview with Jen after the film screening.