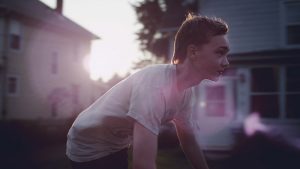 Jack is a scrappy fifteen year-old kid stuck in a run-down small town. Trapped in a violent feud with a cruel older bully and facing another bout of summer school, Jack’s got all the problems he can handle. So when Jack’s aunt falls ill and his runty younger cousin must stay with him for the weekend the last thing Jack wants to do is look after him. Unfortunately no one really cares what Jack wants. Set over a hazy summer weekend, King Jack is a tough and tender coming of age story about friendship and finding happiness in rough surroundings.

Interview With The Cinematographer 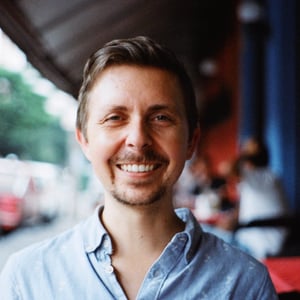 Brandon Roots is a New York-based cinematographer. For the last year he has been working as a commercial directing duo called Lefty with Felix Thompson (dir. King Jack), and recently signed with Unit9. His eye for composition and lighting has landed him work shooting feature films and commercials both in the United States and abroad. He has shot for clients including Gucci, Apple, and Etsy.com, and while his narrative work has been screened at a number of high profile film festivals including Tribeca, SXSW, and the London Film Festival.