How He Fell In Love, Screening Tuesday Sep 13

Our monthly Refilmery Series showcases the best independent feature films in our intimate 24-seat theatre, including complimentary beer and popcorn, networking, and an exclusive interview with the director. Past episodes are available on our podcast. 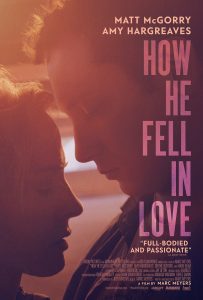 HOW HE FELL IN LOVE IMDb »

Travis (Matt McGorry), a struggling young musician, crosses paths with Ellen (Amy Hargreaves), an older, married yoga instructor who is in the process of adopting a child. Travis and Ellen begin an affair that slowly deepens into something more intimate and profound. As their encounters continue, Travis must face the consequences of infidelity while Ellen is confronted with her crumbling marriage.

Interview With The Director 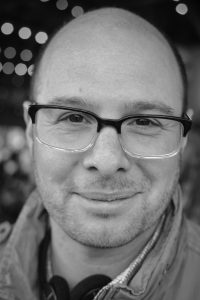 Marc’s third narrative feature How He Fell in Love premiered at the 2015 LA Film Festival and was released in July. His previous films include Harvest, starring Oscar nominees Robert Loggia and Barbara Barrie, and Approaching Union Square. Marc began his career as a development consultant for the IFP Market and Gotham Awards, and is a graduate of Franklin & Marshall College. His next film is an adaptation of the award-winning graphic novel My Friend Dahmer, his screenplay for which landed on the 2014 Black List. Marc lives with his wife and producing partner Jody Girgenti and their daughter in Brooklyn.