This month we are hosting Graceland by Writer/Director Ron Morales and Producer Rebecca Lundgren. 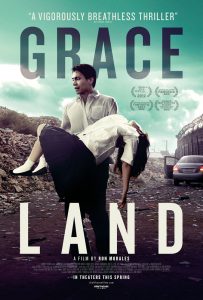 SYNOPSIS: In this unpredictable and tightly-paced thriller, family man Marlon Villar — a longtime chauffeur to corrupt Filipino politician Manuel Chango — is faced with an unthinkable predicament when he is ambushed while driving both his boss’s and his own daughter home from school one afternoon. In the chaos of the kidnapping attempt, things go horribly awry and Marlon’s daughter is taken and held for ransom instead. Desperate to save his daughter, Marlon must navigate the conflicting motives between the ruthless kidnappers, untrustworthy Chango and determined detectives eager to name him a suspect without letting on the wrong girl was taken hostage. As events spin wildly out of control, Marlon, Chango and their families are forced into a rapid downward spiral of deceit and betrayal that will leave no one innocent.

Having worked for more than a decade in the film industry, Ron Morales has found his voice as a director by blending his love for exciting and unique narratives with an emphasis on expressing well-rounded and naturalistic characters. After receiving a degree in photography from The Parson School of Design, Ron continued on to New York University and graduated with a BFA in Film. At the age of twenty-nine, Ron directed his award-winning debut feature film SANTA MESA (starring Oscar-winner Melissa Leo). For his sophomore feature film GRACELAND Ron won an audience award from Tribeca Film Festival 2012, Best Narrative Feature Award from San Diego Asian Film Festival 2012, and received the Indie Tribute – Indie Bravo! at the 3rd Philippine Daily Inquirer 2012. GRACELAND was one of five films shortlisted for Academy Award “Best Foreign Film” at the Academy of the Philippines. Drafthouse Films acquired the film in September 2012 to be released in the theaters and on video on demand 2013. 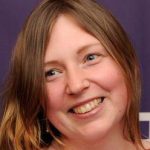