Based on the comic book series “The Brass Teapot” about mid-twenty year old couple who, in these difficult economic times, finds a mysterious, magical brass teapot which makes them money but at a surprising price. After realizing the teapot’s powers, John and Alice must decide how far they will go to fulfill their dream. 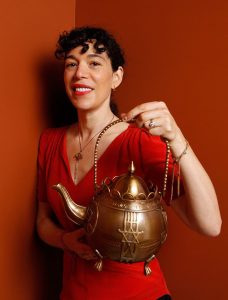 Ramaa Devi Mosley is an American commercial, music video and feature and documentary film director based in Los Angeles. She is also an activist, known for raising national awareness of the victims of the Chibok schoolgirl kidnapping in Nigeria by using social media to raise awareness.