Refilmery had immediate empathy for the stage in our organizational growth and were really curious about who we wanted to engage as our audience.

When OneTable needed a video to position their brand, they came to Refilmery to make a succinct, cinematic series of personal narratives. The above brand video spearheaded the campaign – an ode to the Friday night Shabbat dinner.

Building on the brand video, these vignettes captured the diverse benefits experienced by OneTable participants. These videos were reformatted into bite-sized clips to share across social media, and were incorporated into a guest blogging campaign. The featured participants wrote about their experiences with the OneTable platform alongside the launch of their specific video.

Kate and Jason are practically newlyweds, married just under two years, who live in Manhattan’s Morningside Heights. They met at a Shabbat dinner given by friends – always a good sign!
“Shabbat helps me unwind and have fun”
“Shabbat dinner makes me feel connected to the community”

Listen To The Full Client Testimonial

Listen to OneTable’s Executive Director Aliza Kline speak about her experience working with Refilmery on their brand identity video campaign.

Why Make A Brand Video? 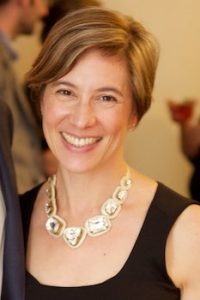 DAVID JOSHUA FORD: Hi, my name is David Joshua Ford. I’m the Executive Director of Refilmery, a New York based film production company. I’m joined with Aliza Kline, Executive Director of OneTable. Aliza, tell me, what is OneTable and why did you want to make a brand video to help your launch?

ALIZA KLINE: We are a brand new effort, just about a year old, that’s focused on engaging folks in their 20s and 30s to create experiences around the table every Friday night. Really, what we want to do is change the way people think about this, make it something that is appealing, doable, inviting. I wanted the videos to really broadcast this out and create an aspirational setting where, ideally, people would watch and say, “Oh, I could totally do that,” or “I want to do that.” We really wanted both perspectives. We are a double-sided market. We have both hosts that we need to recruit, support, train, so that they can create beautiful, welcoming experiences for their guests. Then we pay a lot of attention to the need of the guests, who may never host but need to feel invited and a sense of belonging, so we intentionally created videos that captured both sides of that story.

What Benefit Does Video Have To Communicate Your Message?
DAVID: What is it about videos that you think bring something additional than just text or graphics?

ALIZA: They are immediately emotional and I think it’s all about the story. Each of our vignettes really tells a personal story. You see the journey, see the emotions of that person, what they went through. You hear a little bit about their anxiety and then you see the elation that they have when they’re actually interacting with people. It conjures up a real emotional response. I’m in the non-profit world and I want people to feel all kinds of emotions. I want them to feel happy. I want them to feel confident. I want them to feel they belong. I think the video is a great way of kind of inspiring and capturing that.

Why Choose Refilmery?
DAVID: Cool. I know you had a few other production companies that you were looking at. Why did OneTable choose Refilmery over other ones?

ALIZA: There was a great story, in that we found Refilmery because we are all in the same co-working space. Which, what that did is it signaled that we are all in start-up land. We are all hungry for business and telling and pitching and forming our businesses, and so there was an immediate empathy for the stage in our organizational growth. The staff are young and had a great curiosity. They didn’t come from the same background as our target population, which I saw as a real asset. What I saw is that Refilmery was really curious about who we wanted to engage and how they might do that effectively. They also created a beautiful presentation and the presentation in their application, which they did very quickly, I think in 24 hours, was spot-on. They came up with images that, without me telling them what I wanted to create, they really understood. They get the “show don’t tell” so beautifully. So to be able to choose a company that, even in their presentation, their application, the sort of — excuse me — in their proposal to us, was already capturing the visuals that we were going for, so they seemed to get it intuitively. That’s why we hired them.

What Was Refilmery's Creative Development Process?
DAVID: Fantastic. I know that was something that we really enjoyed working with you, and also personality and just like an ease of communication with you guys. On that note, what were we like to work with on a basis, day to day, in terms of how our team executed things and the sort of production and messaging guidance that we gave you?

ALIZA: Great. I think the communication was free-flowing; it was frequent. There was never a time when we were waiting to hear back. The Refilmery understood our budgetary constraints right away. They were really creative with solutions as to how to maximize what we needed. Actually, the project manager — we have a young team and the project manager from our team had never done this before. She wasn’t treated like somebody who had never done this before. She was treated like a partner and, because of that, she rose to the occasion and I think met the same deadlines. So I feel it was a very … we definitely maximized being in the same space, but you don’t have to be in the same space with Refilmery to have that. I think there is a real sense of partnership and “Are we on the right track?” There’s a lot of checking in, “Does this sound right?” And tremendous flexibility, so any feedback we had about the smallest nuance was never sort of like, “No. You don’t know, we’re the creatives.” There was never that kind of tension between the non-profit professional and the creative. I think there was really a lot of fluidity. I really feel like we co-created these videos.

Why Was It Easy To Communicate With Refilmery?
DAVID: What was the communication like between the three companies there, I guess and the way in which Refilmery stepped in to produce the videos and the sort of, I guess, hand off from the branding?

ALIZA: Great. So first of all, BBMG, who we’ve been working with to create our whole brand, look and feel, helped us make the selection. Really felt like also that the Reilmery understood, really carefully grasped the kind of image that they wanted to create. We had one in-person meeting with staff, with their designer and with sort of their copywriter and creative, to really communicate the aspirations that we wanted each person to have, each vignette, each story. The Refilmery really got it very quickly. We went back and forth a little bit internally and made sure that once we really had our storyline that BBMG felt like, yes we were getting it, we were on the right track. I just got this very lovely message saying that watching the videos made them tear up. Just really excited to see what they had imagined in their head be produced so beautifully.

What Was The Shooting Process Like?
DAVID: Fantastic and then moving into the shoot and into post-production, how did that go? What was your reaction to the images that we created?

ALIZA: So the day itself was long and full and super professional. We all felt like we were on the set of a movie being performed or a TV show being shot or something. The crew was really talented. These were not kids. These were serious seasoned professionals who knew what they were doing. There was a lot of fluidity throughout the day. So there was a makeup artist in one room and there’s food being setup in another and there’s sound being checked in another and the camera and the angles. At the same time, if there was something in particular that one of our staff noticed, Refilmery crew just adapted really easily. Again, I felt like this is a day where tensions could run really high and I felt like the Refilmery crew was extremely calm and focused and adaptable so that the day went pretty seamlessly. There were, like in any game day, there were a few unexpected, so had some characters who showed up late or needed to leave early or whatever, but I think you, David, as the director, and your colleagues, made the cast feel really special. These are real people, telling their real stories. They’re not professional actors and they felt really … they felt special, they felt cared for, you made them look so good, and the images — there was one situation remember? One woman was pouring salad dressing, like ten times. There was a lot of salad dressing by the time … but you saw angles and shots that clearly expose you to be the artist that you are. I think we never would have seen any of those angles and shots and images the same way. So that was what was really, I think, exciting to see the big picture and then look at through the lens of the camera.

What Was The Editing Process Like?
DAVID: Yeah. Well, we really enjoyed that shoot as well. You guys have been great to work with. Then moving into the post-production, there were a number of edit reviews and then delivery, how did we go with that?

ALIZA: Again, everything by deadline, usually beforehand. Also, sending them to us in a format that was super easy for us to see without, hopefully, having to go through a nightmare of getting it downloaded in a particular way. That just made it easier for me to share with our operating partners, with our funders, so that they could also weigh in. There were times when there were small edits and sometimes significant edits and, again, just no defensiveness, no like, “Well, this is the best we can do.” Just tremendous kind of openness and flexibility and back and forth. We really feel like partners in this and I’m very pleased with their final product.

Recommendation
DAVID: Cool. I take it that you would, but to anyone who needs to tell the story of their brand through a video, why would you recommend Refilmery?

Aliza: You’ll enjoy yourself. You’ll be so glad you made this decision. They are, you could say, a hell of a benefit for the pricing structure. I think you get an incredibly professional crew, finished product, in a way that you’ll actually really enjoy the back and forth. You’ll really be partners in creating this. At the same time, if you really feel like you don’t know what you want to envision, I really feel like they could probably take the lead and help shape that. In our case, we came with a lot and a real kind of a vision as to what we wanted to bring to life and Refilmery did that. I have a sense that they could do the other also, which is really kind of draw the picture for you. The product is excellent and the process is fun.

DAVID: Yeah, fantastic. Well, thank you, Aliza. To wrap up, let me say that your team were also wonderful to work with. We really enjoyed it and we like having clients where there is that really warm relationship, so that was really great on our part too. If you’re listening to this and you need a brand video, please reach out to us at hq@refilmery.com. 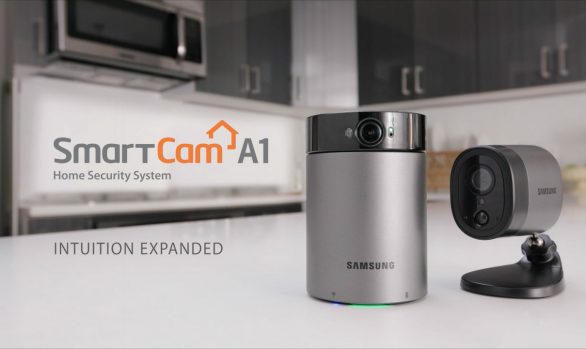 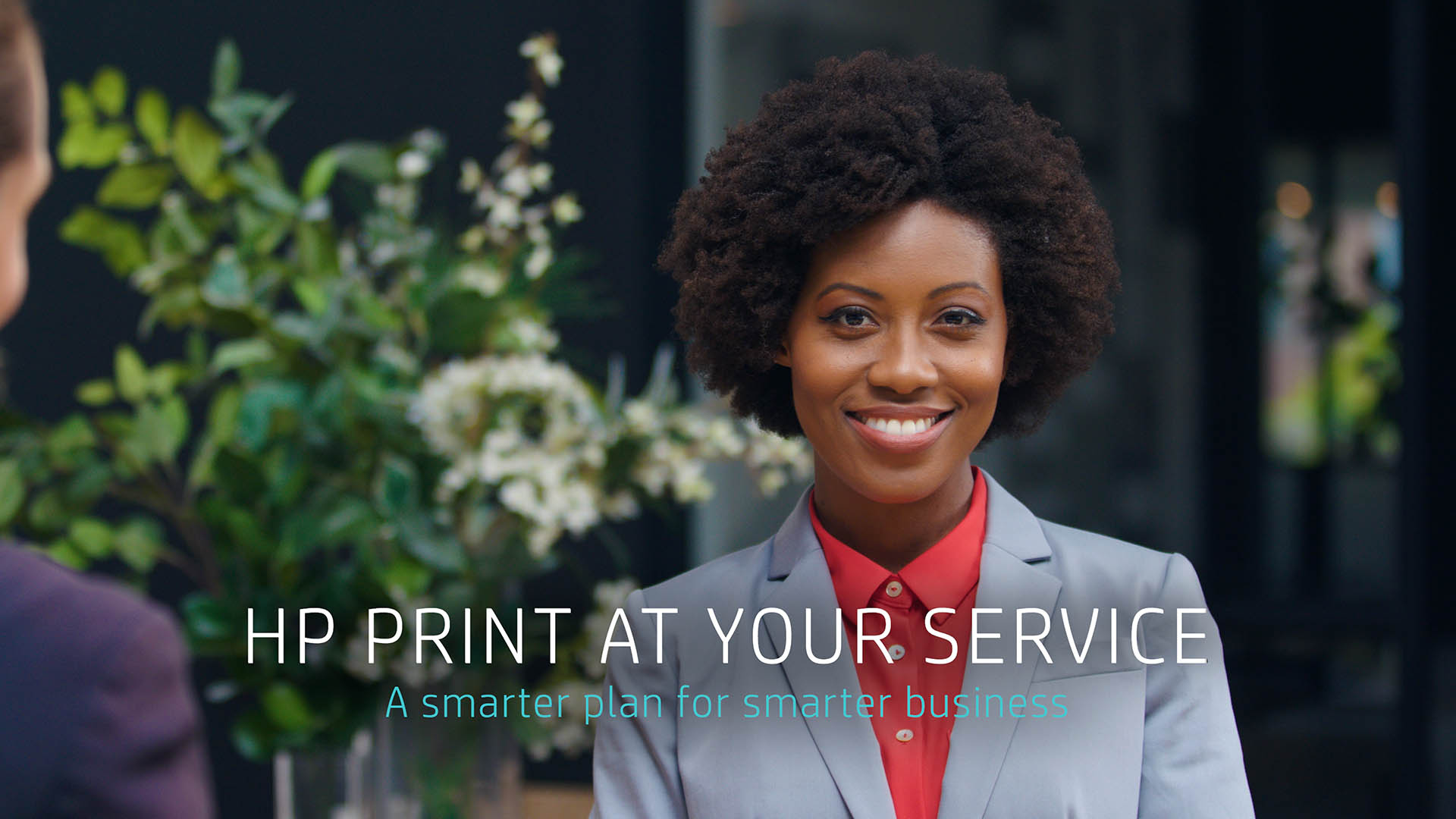 HP Print At Your Service 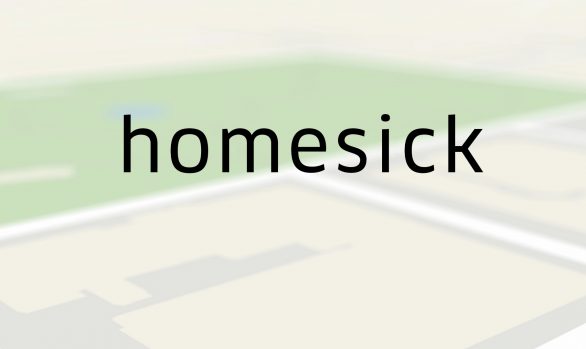 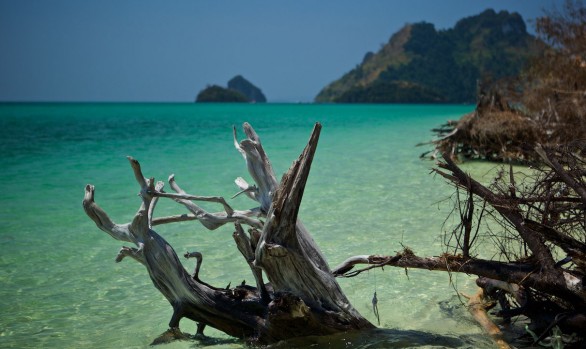 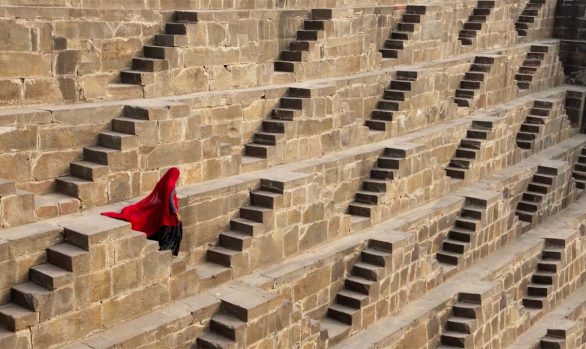 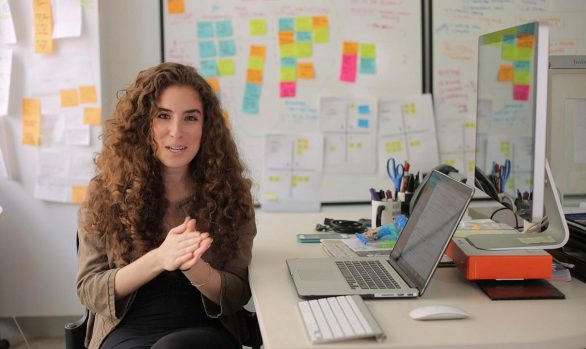