Ethics professor Allen King (Tate Donovan) has hit rock bottom after being fired for plagiarizing a student’s work. He lives in sunny Arizona, and now shuttles immigrants across the Mexican border in the trunk of his beat up Volvo – for cash to pay expenses to his ex-wife (Rachel Harris).

It’s only a matter of time before Allen’s life catches up with him – and rapidly devolves into chaos, as both his pregnant Mexican girlfriend (Ana de la Reguera) and his teenage daughter (India Ennenga…who you may recall from last week’s featured film About Scout) land in his car during an illegal run across the border – along with three undocumented immigrants in the trunk.

What could possibly go wrong?

The Sun Belt Express is a smart comedy about what is typically a serious topic – illegal immigration. It is Evan Wolf Buxbaum’s first feature film and he joins us today on the Refilmery Series with our live audience in New York.

Register for our free community mailing list at Refilmery.com/Series and we will keep you up to date! 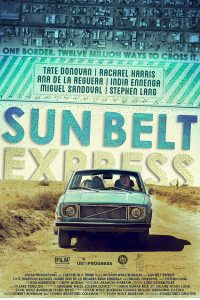 SYNOPSIS
A down-on-his-luck ethics professor ends up on a completely unhinged run across the Mexican border with his teenage daughter in tow – and four undocumented immigrants in the trunk. 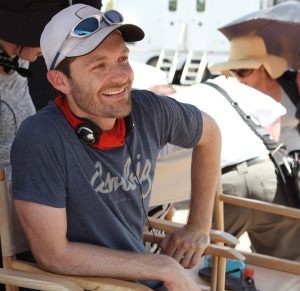 Evan Wolf Buxbaum grew up in New York City and has been making movies since he was strong enough to pick up his parents’ Hi8 camera. After attending Swarthmore College where he received a degree in Political Science with a minor in International Conflict Resolution, he traveled for just under a year, visiting as many of the wildest parts of the world as possible.

Since returning to Brooklyn, his shorts and film work have screened at numerous festivals across the country while his first narrative feature, Sun Belt Express, a dark comedy set along the border between Arizona and Mexico, was recently acquired by Mar Vista Entertainment and released across all platforms in late 2014. He is an Executive Producer on two further features Band of Robbers, which was released theatrically by Gravitas Ventures and the upcoming CRABS!, which was acquired by Raven Banner in early 2016 and will be released soon.

As a commercial producer and director, Evan has worked on numerous projects for a broad range of clients from Johnnie Walker, to Nike, General Motors, Campbell’s, Dodge, Toyota, Applebees, Google, NFLShop, and many more. 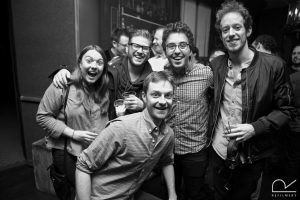 See what others are saying about Sun Belt Express: